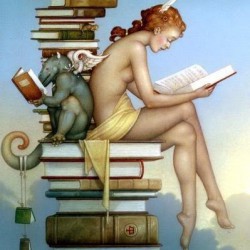 I was told I need to read more outside of my favorite genres, so I went to the library and picked the first title that caught my eye.

THE LONG AND SHORT:
I don't read thrillers. Especially ones that are romance heavy. I was under the impression that this would be some mix of Criminal Minds + Law and Order. Instead I got something that you would find on the Lifetime network. In my opinion, that is not a good thing. In my head, Lifetime = melodramatic romance mixed with some violence for spice demonstrated by the washed up refugees of Hollywood.

THE LONG
I like southern settings, they are both familiar and exotically strange. Hoag is great at making the setting come to life, and to be honest, that was the only thing that kept me reading. While some of her characters had promise (Savannah, Jack, the Delahoussayes) I hated pretty much everyone else, ESPECIALLY Laurel. The real thriller-y part doesn't even begin until about page 300. The "perverse game" isn't much of the disturbing brain teaser it could have been either. The killer is pretty obvious once they show up and the mighty Laurel only figures it out when the killer gives themself away intentionally. There's no cat and mouse game, no matching of wits, just Laurel shaking in her boots and 'bravely not crying'. Everything before pg 300 is an incredibly over-dramatic angst fest by every character you meet. There was an over-repetition of phrases that drove me crazy and they didn't go away, even up to the very last page. Phrases like:

"If she had a brain in her head, she would walk away...."
"Jack took in the rigid set of her shoulders-so slim, so delicate, too often carrying a burden that would have crushed a lesser person."

by the 14th time I've read similar lines, I very much wanted both Laurel and Jack to be done in by the fell Killer. Something is very wrong when, as a reader, you're cheering on a serial killer.

I hear tell that her later books are much better, and this book is nearly 20 years old, so I'm striving to be fair and not write Hoag of as a terrible experiment gone wrong.
Tweet